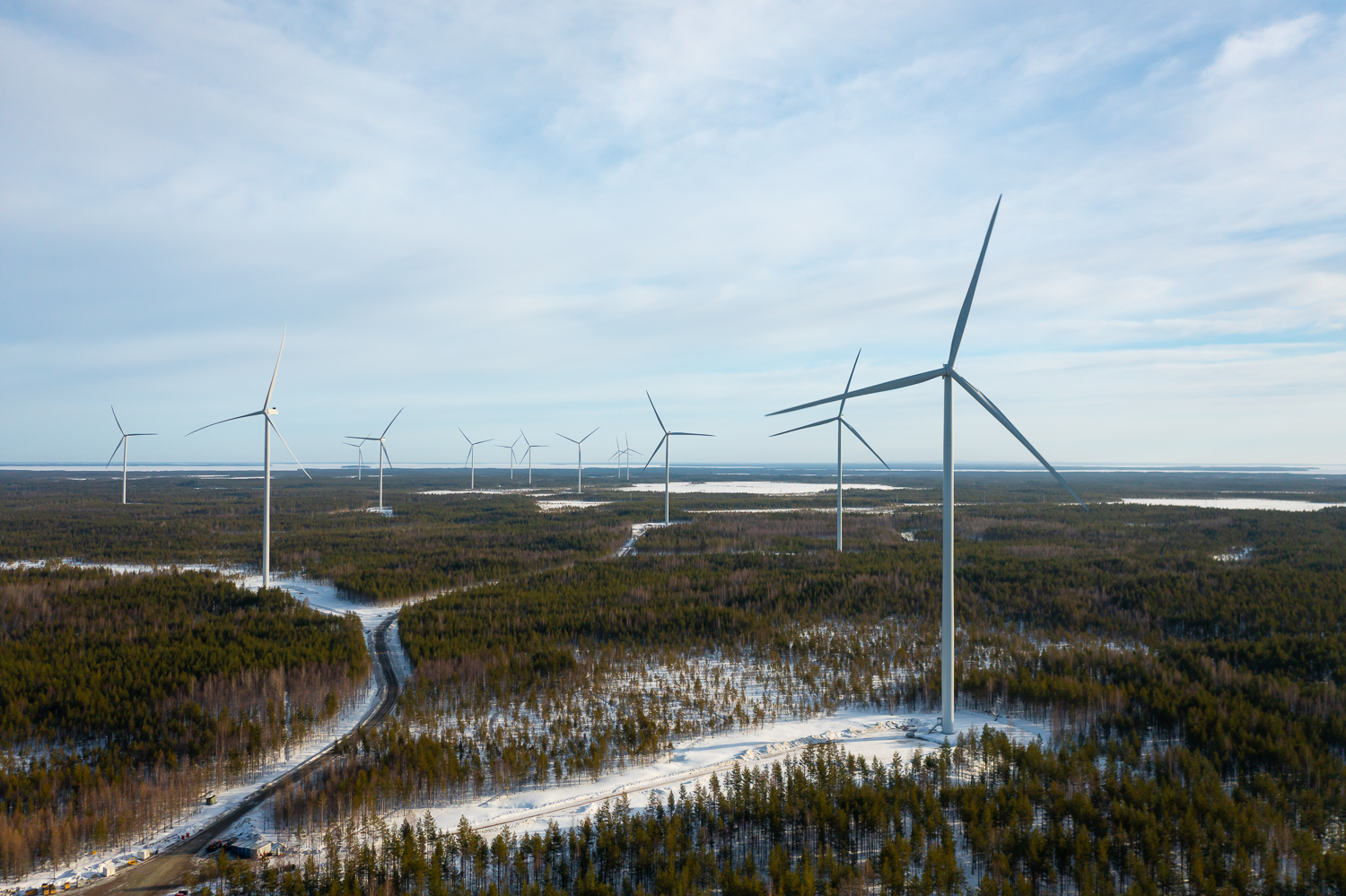 Sval Energi has today announced that the Metsälamminkangas (MLK) wind farm – Finland’s third largest – has been commissioned and commercially handed over from the developer and constructor OX2 to Sval and Lundin Energy.

The MLK onshore wind farm project, located in Vaala municipality in Finland, is a 50/50 joint venture between Sval and Lundin Energy. With 24 turbines and a capacity of 132 MW, the MLK is expected to produce around 400 GWh per year, which makes it the third largest wind farm in Finland.

In March 2020, Sval entered into a 50/50 partnership with Lundin Energy to develop the MLK wind farm project. OX2 has been leading the development and construction of the wind farm under an EPC contract and will from now on remain responsible for the operations, maintenance and technical management of the facility.

“We are excited to see that the project is finalised and look forward to continuing the good cooperation with OX2 and Lundin Energy in the operational phase. Sval Energi is the new generation energy company, and we are pleased that the MLK wind farm is now part of our portfolio” says Sval Energi’s CEO Nikolai Lyngø.