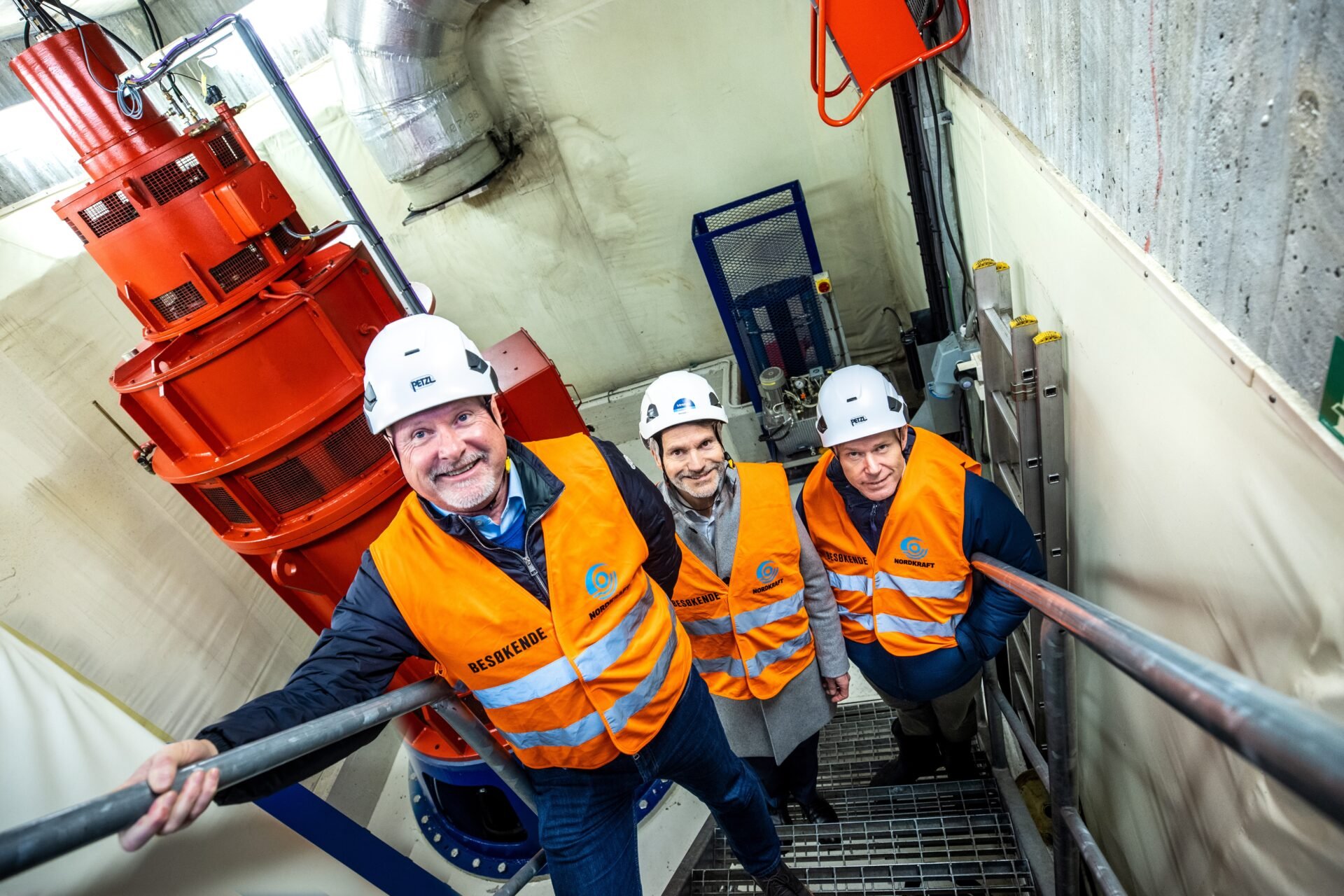 Nordkraft and HitecVision are investing in the small-scale hydropower company Cadre, which thus gets both a significant capital base and ownership of 100 GWh of existing power production.  Following this, Cadre will manage a total of 335 GWh, and the company is now gearing up to invest in both new and existing small-scale hydropower throughout the country.

“With new capital and expertise, we aim to take a leading role in the further development of the Norwegian small-scale hydropower industry,” says Carl-Fredrik Lehland, CEO of Cadre.

“Norway needs major investment in more power generation. Licensing and construction are both time-consuming processes, so we need to act now,” says Ove Gusevik, senior partner at HitecVision.  He also highlights the combination created by the established knowledge and experience in Cadre, the investment know-how of HitecVision and Nordkraft’s expertise and position in the power industry as a good platform for the company’s strategy to succeed.

An important foundation for growth

“The need for rapid development of more renewable power is obvious. Both the energy crisis and global climate change remind us of this every day. Even Norway is experiencing a new era, with both an increase in power demand and extreme prices. This provides an important backdrop for Cadre’s growth plans in small-scale hydropower. For Nordkraft, this opportunity is unique. Together with Cadre, we can grow within operatorship, and together with Hitec Vision we can develop greater values than each company would be able to individually,” says Eirik Frantzen, CEO of Nordkraft.

Today, there are around 1 400 small-scale hydropower plants in Norway with an average combined production of just under 13 TWh of power annually.  Cadre’s target is to produce 2 TWh within a few years.

“At that level, we can supply electricity equivalent to the needs of 100,000 detached houses.  This will make us one of the largest players in the industry,” says Lehland.

The development and construction of power plants requires capital. Now that Cadre has new owners and a new growth strategy, it has strong backing.

Stavanger-based HitecVision has a long tradition of putting capital to work in the energy sector, and behind the investments in Cadre are, among others, solid Norwegian investors such as KLP, SpareBank 1 Forsikring and the state climate fund Nysnø Klimainvesteringer.

Nordkraft, based in Nordland and Troms, has decades of experience in the development and operation of power plants. Today, the company operates 45 hydropower plants spread over large parts of the country.

“Cadre, headquartered in Kristiansand, does not have the necessary staff to operate the power plants. To achieve our goals, it has been essential to bring in a partner who is an efficient operator with extensive experience. That’s why it’s so good to have Nordkraft on the team,” says Lehland.

Today, the small-scale hydropower industry in Norway is fragmented and vulnerable, lacking the capital to handle challenges and seize opportunities. Several hundred Norwegian landowners possess large potential power resources, but do not have the right partner to finance, plan and implement development of their resources. Cadre’s goal is to be an answer to these challenges and an attractive partner for landowners.

Consolidation Norwegian production
We will invest in existing small-scale hydropower plants, and together with landowners throughout the country build new ones. It is a milestone for the small-scale power industry that solid Norwegian companies are now joining forces to help ensure that Norwegian power plants remain in Norwegian hands,” says Lehland, who would welcome contact with landowners who want to find out how they can contribute to green value development as part of the new Cadre team.